Give Generously and Cheerfully (II Corinthians 9)

It started small—but it didn’t stay that way!

I’m talking about EGM’s classic Spring Swing golf tournament, banquet and auction. In the early years of our work, Every Generation Ministries decided to host a golf tournament fundraiser.

We had about 75 golfers, and after we played a round of golf, we ate burgers and talked about EGM’s work with churches and children around the world.

I still remember two especially remarkable men who attended that event. Introducing themselves, they told me they’d been involved in these kinds of events in the past, and they wanted to help EGM. So they took over the event and formed a big committee, and the next year the Spring Swing had more than 145 golfers in the tournament—plus a silent auction, a live auction, a banquet, and a huge celebration of God’s love for children and His church.

(At some point I thought of asking them for a driver’s license and Social Security number because I was convinced that the two amazing men behind this new and improved—and bigger—Spring Swing were actually angels.) And the tradition continues to this day!

About ten years ago, when Alex Bruda—one of our staff from Romania—was visiting the United States, I had no idea he’d been invited to the Spring Swing. Of course the auctions featured items that would appeal to the Southern California crowd that was in attendance.

The live auction included, for instance, a week at a condominium in Hawaii. Folks could also bid on a helicopter ride over Los Angeles and then on to Catalina Island for lunch. The last big item was a week on a 125-foot yacht for five couples. It was kind of over the top for me!

All I could think of was getting Alex out of there before he had a culture-shock-induced heart attack. Unfortunately, I was unable to pull that off before the week on the boat was auctioned.

I finally found Alex after the last “Sold!” He seemed just fine at first, but it soon became apparent he was not fine. Alex looked at me and said, “This was great—and we should do something like it in Romania.”

I immediately knew that the culture shock had hit Alex differently: he had simply lost his mind and become delusional. I managed a weak smile as I thought about how to handle his cultural breakdown. I knew it would likely involve some sort of cross-cultural therapy….

One year later, we got word that EGM-Romania was organizing a banquet, silent auction, and live auction. They were using our bidding sheets, paddles, and other tools just as Alex had said. The silent auction was filled with items that would appeal to the Romanian community, including homemade pickles, nice used clothing, original artwork, and the like.

The live auction featured an Egyptian flag because all the proceeds from the live auction were going to help the launch of the new EGM-Egypt ministry. The event was a huge success, and even today it is an important part of the EGM-Romania ministry.

Clearly, generosity and giving are contagious, able to spread throughout a community and even around the world. Paul had this kind of contagious generosity on his mind as he continued his letter to the Corinthians. 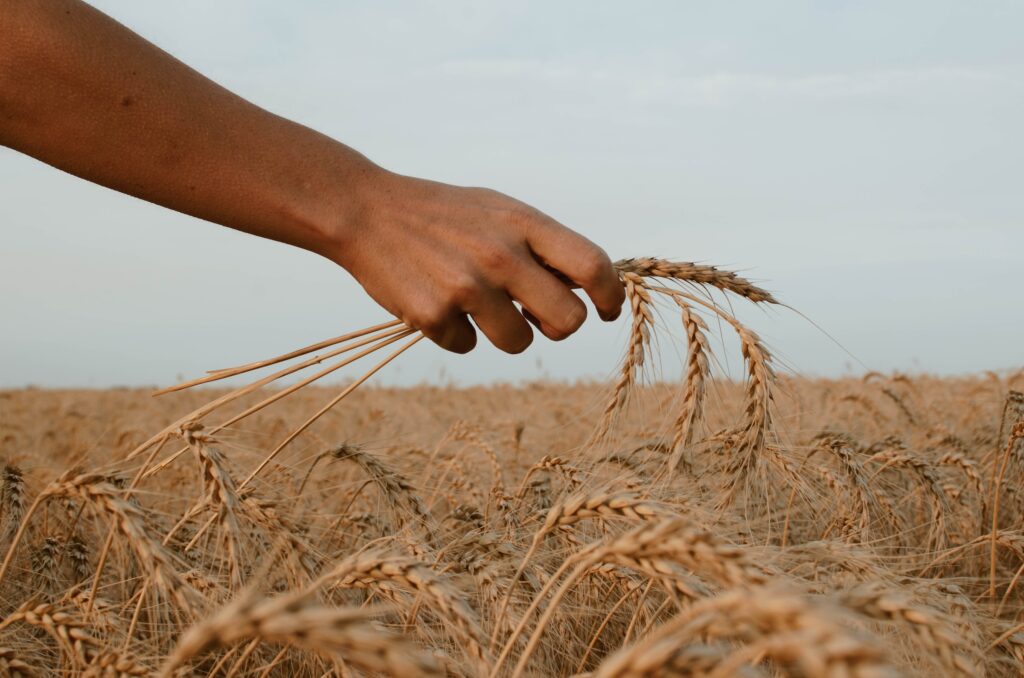 I thought it necessary to urge the brothers to visit you in advance and finish the arrangements for the generous gift you had promised. Then it will be ready as a generous gift, not as one grudgingly given. Remember this: Whoever sows sparingly will also reap sparingly, and whoever sows generously will also reap generously. (2 Corinthians 9:5-6 NIV)

Generous giving leads to a generous harvest. It’s a law of nature. If you don't plant seeds, you can't harvest a crop. If you plant only a few seeds, you harvest a small crop. If you plant much, you can hope to harvest much. Paul was telling us that the same law holds true in the spiritual realm. People who are stingy with God and others can’t expect people to be generous to them.

I just experienced this truth about sowing seed myself. The backyard needed some grass patching. We knew about mechanical seed sowers: just spin the handle, and the seed spreads evenly. Well, we didn’t want to spend money on one of those. Instead, a hand-throwing method was selected.

The wind and my incompetence proved a bad combination: some patches are now filled with grass, and others remain… bald. Where the seed was sown generously, the grass grew plentifully. And that’s the kind of sowing Paul had in mind. Also, it seems reasonable to infer that Paul’s reference to sowing is a reference to the Jerusalem offering.

Back to Paul’s metaphor: Whoever sows generously will also reap generously.

The Greek word translated generously is eulogia. In this context the word means “plentiful, bountiful, and liberal as a gift given or benefit bestowed."

Interestingly, we get the English word eulogy from the Greek eulogia. Here, the Greek refers to speaking highly of another, specifically, of the deceased at the funeral or memorial service. A eulogy honors the person who passed; the bountiful, generous (eulogia) giving of God’s people honors and gives glory to God. 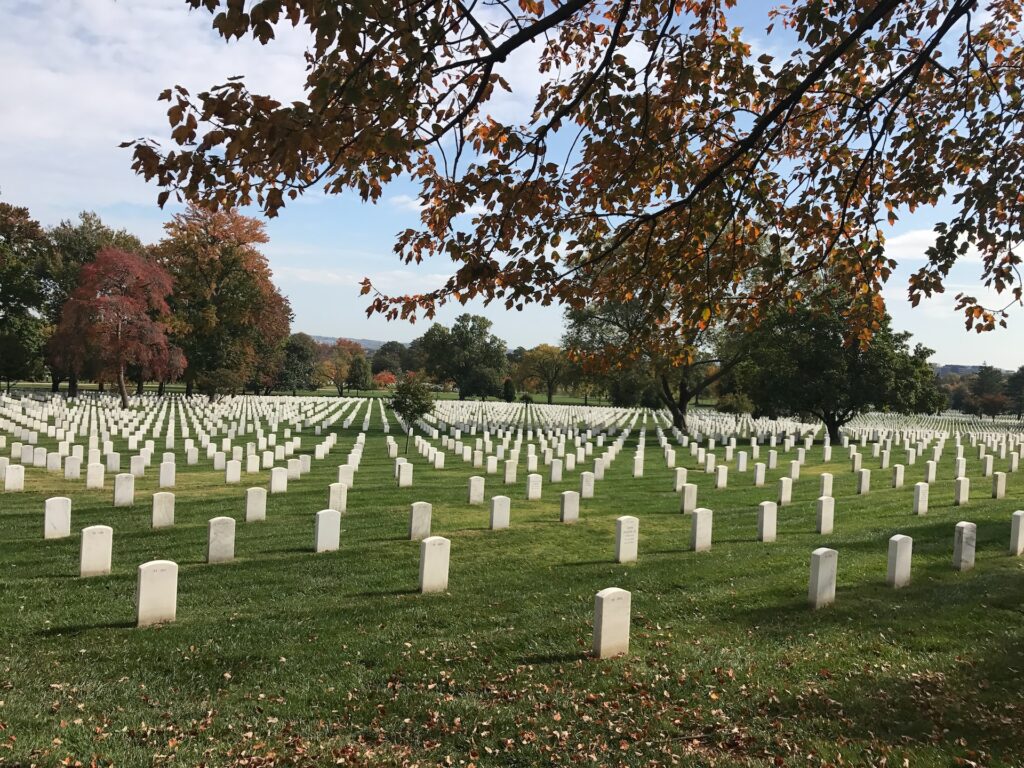 When we moved to Poland, I wanted to learn about Polish Catholicism.

In my view, Poland was more Catholic than the Vatican. Our neighbors—precious people who adopted us into their family—were Roman Catholic, and they agreed to take the wayward Protestants to mass.

We arrived at the building before the previous service ended, and hundreds of people were milling around outside waiting for the sanctuary to empty. Suddenly, as we were chatting, a voice rang out over the loudspeaker. It was someone reverently reading aloud—and very loudly—a list of Polish names, both first and last, one after another.

When I asked my neighbor what that was all about, he leaned over and explained that they were praying for the dead. Seeing my confusion, he explained that when someone died, a person went to the local priest to have him pray for the deceased relative.

For every Sunday’s prayer there was a suggested donation. Apparently, I still looked confused. Maybe more confused. My neighbor cleared it all up by rubbing together his thumb and first two fingers—the international sign for money—and stated, “Business is business.”

I remember thinking that we should do something to let Polish Catholics know that we’d pray for their children while the kids are still alive—for free! After all, what a joy it is to watch the ways God answers prayers!

Similarly, while we’re still alive, we can give our resources to kingdom work and watch the ways God uses them. We certainly won’t be taking our money along when we die. We can name churches and ministries in our will and trust, but if we give before that point, God will also be honored, and we may experience the joy of watching the spiritual harvest grow.

So it makes sense that Paul urged the Corinthians to give generously and cheerfully in a way that glorified God. They wouldn’t be taking their money with them at the end of their life on this earth, so why not use it in a way that blesses God, draws attention to Him, and results in people praising Him and giving Him thanks? After all, He is worthy.

And so we see another example of how our giving is a way of blessing God and honoring Him. When we give generously and cheerfully we are expressing our lavish love for God! Next week