The pastor of the Assemblies of God church in Quilpue, Chile, was the chairman of the EGM-Chile board of directors. Whenever I visited, he asked me to preach.

So, there I was, sitting with two colleagues on my right. The pew to my left was empty until a few minutes into the service when a girl about nine or ten years old came and sat by herself at the end of the pew.

When I was invited to the front, I stepped into the pulpit and preached up a storm. Well, actually, the translator preached up a storm, and I really have no idea what he said. My colleagues assured me afterward that he accurately translated most of what I said. It all appeared to go great!

Now it was time for the offering. The pastor rose in front of the congregation, and four deacons with large baskets came and stood before the church. The pastor prayed, and then people came forward with their offerings.

I looked down the pew, and the little girl stood up and headed to the front. Standing right behind her, I saw her drop one small coin into the offering basket. Her gift was about the value of one US dime. It touched my heart.

When we returned to our places, the worship team led us in a time of praise and worship, and then the pastor asked our EGM team to the front. He introduced our Chilean director who shared briefly about the ministry. Then the pastor announced that the church was taking a special offering for our ministry’s work with children in Chile.

The four deacons returned with empty baskets, and most of the congregation rose and walked to the front, including—to my amazement—the girl at the end of my pew. She dropped her other coin into the offering basket, and I was choking back tears.

This young girl was giving an offering to God for a ministry that was for her. The sincerity on her face and the sacrificial nature of her gift touched me deeply. I will never forget her.

Hers is the kind of genuinely worshipful giving that the prophet Amos spoke of.

An Old Testament Mirror for Us 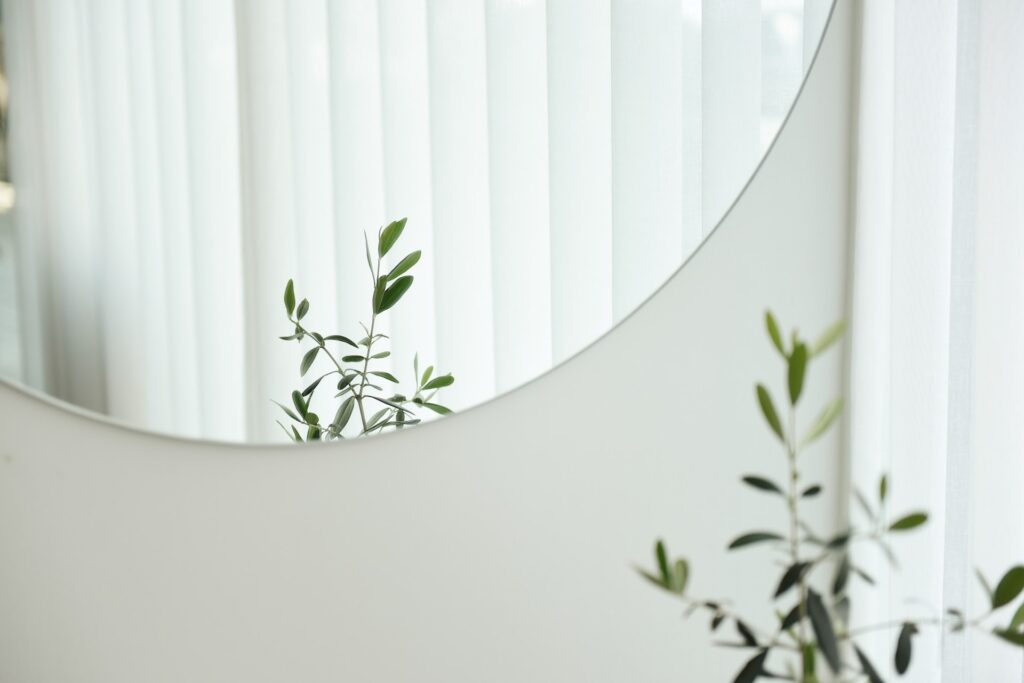 After David’s reign, the people of God eventually divided into two kingdoms. Nine kings after David, the prophet Amos stepped onto the scene.

According to 2 Kings 14:24, Jeroboam II did evil in the eyes of the Lord. According to 2 Kings 15:3, King Uzziah—also known as Azariah—did what was right in the eyes of the Lord. But—and this fact is key to understanding the book of Amos—the writer of 2 Kings didn’t stop there: The high places, however, were not removed [by King Uzziah]; the people continued to offer sacrifices and burn incense there (v. 4) even while sacrifices and offerings to God continued in Jerusalem.

The worship of God took place alongside the sinful practice of idolatry. For this, God struck King Uzziah with a skin disorder that lasted until the day he died.

Writing near the end of the monarchy—the kingdom of God’s people fell first in Israel and then in Judah—Amos offered a far-ranging critique of the sinfulness of God’s people. We’ll focus on these verses:

"I hate, I reject your festivals,
Nor do I delight in your solemn assemblies.
“Even though you offer up to Me burnt offerings and your grain offerings,
I will not accept them.
And I will not even look at the peace offerings of your fatlings.
"Take away from Me the noise of your songs.
I will not even listen to the sound of your harps.” (Amos 5:21-23 NASB)

Speaking on God’s behalf, Amos spoke the harsh truth that God had rejected the people’s festivals and assemblies, taking no joy or delight in their worship.

God rejected all His people’s celebrations—the Feasts of Passover, Weeks, Trumpets, and Tabernacles—with His blanket statement in verse twenty-one. Even though God Himself had instituted the festivals and congregational worship, He now found them detestable.

The Lord saw how easily the Israelites continued their religious practices alongside their blatant sinfulness. Throughout the Old Testament and even up to the time of Christ, the Israelites were able to bring sacrifices and offerings to God, worship Him in song and music, offer prayers of the heart, and even pledge their lawful obedience—all while living in idolatry and sinfulness.

Nowhere is this more evident than at the time of Christ when the Pharisees maintained a kind of religious piety at the same time, they were planning the murder of the Messiah.

Of course, it’s easy for us to look at the Israelites critically, but if he were able, Amos might suggest that we do the same thing today.

We worship God with our praise, our service, and our offerings while continuing in our sin and dabbling in our twenty-first-century idolatry. It is this hypocrisy—the Israelites,’ the Pharisees,’ and ours—that God ultimately rejects.

So, what do twenty-first-century idolatry and hypocrisy look like? Here’s a heartbreaking example—and every example is heartbreaking.

In the 1980s the Reagan administration became concerned about the pornography industry in the United States. The attorney general led a commission formed to address the issue.

The commission included some very influential evangelical leaders, including a wealthy businessman in our church who was also a significant financial supporter of a large parachurch organization focused on Christian family values—and of our ministry in Poland. When the commission’s report was issued, the parachurch organization’s Christian influence was evident and unprecedented.

On my visits to the US, this man and his wife were one of the couples I touched base with to report on the work. On one such visit, the wife came alone. She had discovered that, over the past decade, her husband had become addicted to pornography. When she confronted him, he confessed, filed for divorce, and left his family. It was as if he had led two lives: one was a life of accomplishment, family, gracious giving, church attendance, and light. The other life unfolded in a very dark place.

This kind of conflicted double life was at the heart of Amos’s concerns. 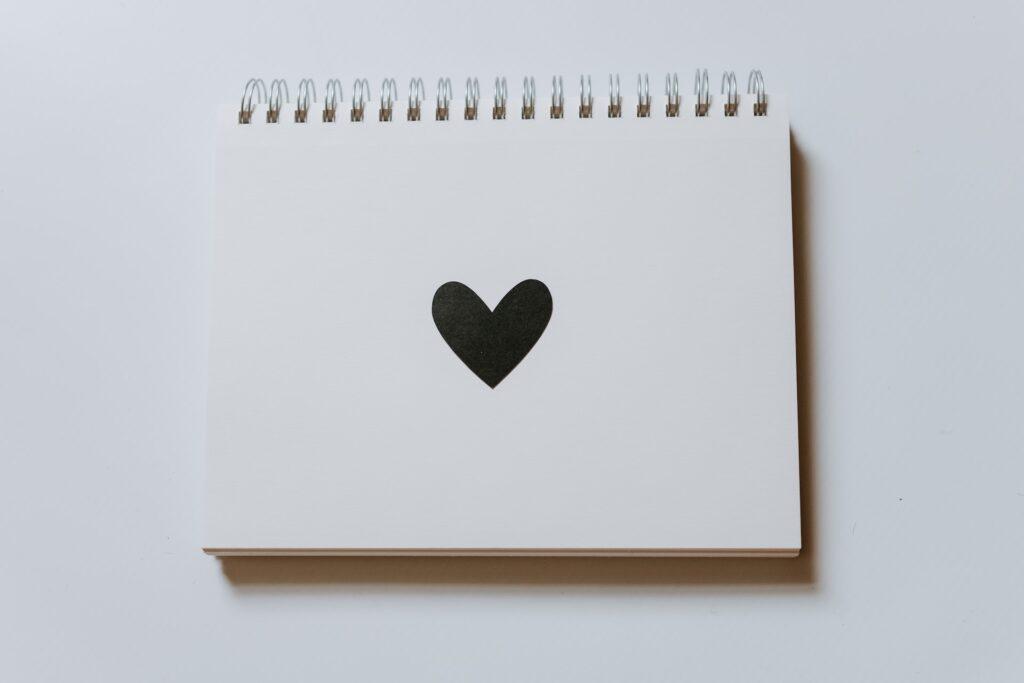 Amos went on to state that God was not going to accept the offerings of His people. The sense of the passage is, God rejects our worship when our offerings are merely a token act of religion.

Giving our tithes and offerings is not an item to check off our Christian to-do list, nor are we tipping God for His good service and care.

Although the principles of Amos’s teaching still apply to us today, the prophet addressed three specific offerings in his day:

Burnt offerings - referred to that which was burned on the altar, and the aroma rose up to heaven. The whole burnt-offering (beast or fowl) is entirely consumed by fire on the altar of God. Except for the hide and such parts as could not be washed clean, the entire animal is laid on the altar. If beast, it must be a male without blemish, of herd or flock; if of herd, either sheep or goat; if flock—usually offered by the poor—either turtledove or young pigeon (Leviticus 6:9-13).

Grain offerings - could be raw or roasted, ground to flour, or prepared as bread or cakes (Leviticus 2:1-15).

Peace offerings - were sacrifices for alliance or friendship, peace, or making amends for a transgression (Leviticus 6:5).

Apparently, the Israelites continued to worship the one true God even as they worshipped idols. They continued to take their sacrifices and offerings to God—but these He rejected.

The reasons for God’s response can be found in the chapters leading up to Amos 5:21-23. In those four chapters Amos wrote at length, condemning the behavior of the Israelites and addressing major grievances like these:

The items on this list are, unfortunately, as familiar to any twenty-first-century reader as they were to Amos’s first audience. Even a cursory reading of the Old Testament would reveal that these five behaviors were characteristic of Israel’s rebellious ways.

Sadly, some churches and some Christians are guilty of these forms of duplicity even today. Whatever the era, God rejects His people’s offerings when they—when we—are acting with such hypocrisy.

We—and I am including myself—are far from immune to this hypocrisy. Because we feel the financial pressure, the underlying goal of our fundraising is to secure the money we need for the church or ministry organization budget. Our attention easily—even naturally—turns to those individuals who have money to give.

When the financial gifts are large, the pastor or ministry leader may be drawn to those givers as a source of further funding and additional financial resources. The spiritual life of the giver is overshadowed by that person’s ability to give large gifts.

So, these wealthy check-writers may even be invited into the leadership of the church or ministry based on their financial resources rather than on whether they are qualified to be an elder or a leader.

In our day, the need to find necessary funds and necessary leaders can result in the same kind of situation we find Amos addressing.

Underneath the warnings regarding giving as a spiritual act of worship is a strong undercurrent. Amos reminded us that we cannot view giving our tithes and offerings as a religious action that will make us right with God. Amos 5:21-23 teaches us two important truths about that wrong way of thinking. Next week we will look at both of them.

For now, we can heed the warning of Amos, that our material gifts are not investments in God’s work.

Investors are concerned about the spiritual return on the investment. In this well-traveled road, the recipient of the gift (church, missionary, etc.) are unaware of the spiritual life of the “investor.”

However, on the road less traveled the gift is not an investment in God’s Kingdom, but rather an act of worship. The recipient of the gift, God, is fully aware of our spiritual life and the condition of our heart. Disassociating our giving from our spiritual life creates the kind of hypocrisy that Amos addresses.

This coming weekend as we give to God, let’s remember our need for grace, mercy and forgiveness and commit ourselves anew to giving to God from a pure heart.