My school-age years were characterized by mischief, orneriness, and a certain kind of experimental gregariousness.

One of my favorite pastimes was riding my bike—and it was a cool bike.

No one under the age of 55 will understand, but my bicycle had a slick on the back, a sissy bar, a purple plastic-covered banana seat, and monkey bars. Even if you have no idea what any of those are, you must admit, the description sounds awesome!

I loved riding my bike, and I had a style of my own—that Dad had not sanctioned. I liked to ride my bicycle with no shirt and no shoes.

Dad explained the reasons for his policy: For my own safety and protection, I had to wear a shirt, shorts, and shoes at all times. He reminded me of the shirt/shorts/shoes policy every summer, and those details were duly noted.

As a result, when Dad was home, I fully complied with the shirt/shorts/shoes policy. But when Dad was gone, it was shorts only.

One warm summer afternoon when Dad was at work and Mom was in the house, all of us boys in the neighborhood decided to set up a series of bike races. First let me set the scene.

Old Halls Ferry Road was the main road, and Evelynaire Place branched off from it into an immediate and pretty steep downhill stretch of about 50 yards. The street leveled off for another 50 yards. At the bottom of the hill and to the left was Evelynaire Drive that circled around until it merged back into Evelynaire Place. My buddies and I lived on that circle. (Even if you can’t draw a map based on that description, you’ll still get the point of the story.)

Semicircular Evelynaire Drive was a design feature of our racecourse. We’d start at the top of the hill and then race down the hill and around the circle. We’d have heats of two racers at a time, and the winner would advance to the next round. I was in the first heat with one of the Wilson boys who had an old bike. My new bike and my fearlessness were guarantees of victory.

At the end of the countdown and the shout, “Go!” I took off in a blaze. I had built a solid lead by the time I got to the bottom of the hill… where I suddenly sensed trouble. Someone had been washing a car, and water had run down the street to the bottom of the hill. So now a small stream of water was running across the street at the corner where we had to turn onto the circle part of the racecourse.

I hit the water in the middle of my turn, and my back tire slid completely out from under me, taking my bike with it. In a flash I was sliding along the asphalt road at a high rate with—of course—no shoes and no shirt. I’m not sure how far I skidded, but it was far enough to tear up my chest and stomach—and embed some pieces of asphalt in my body.

My toes and feet were bleeding as well. I jumped up screaming and immediately ran to the house for medical treatment from Mom. That was the day I learned that I should not ride my bike without a shirt and shoes.

Experiential learning is a reality of life. We all know it from our own life, and we see it throughout the Bible. Our daily life is filled with experiences, and the truth of God’s Word helps us to interpret and to understand those experiences.

We learn the truth of God’s Word, and when we experience that truth in everyday life, it becomes a deeper and abiding reality.

How Jesus Used Experiential Teaching in His Ministry 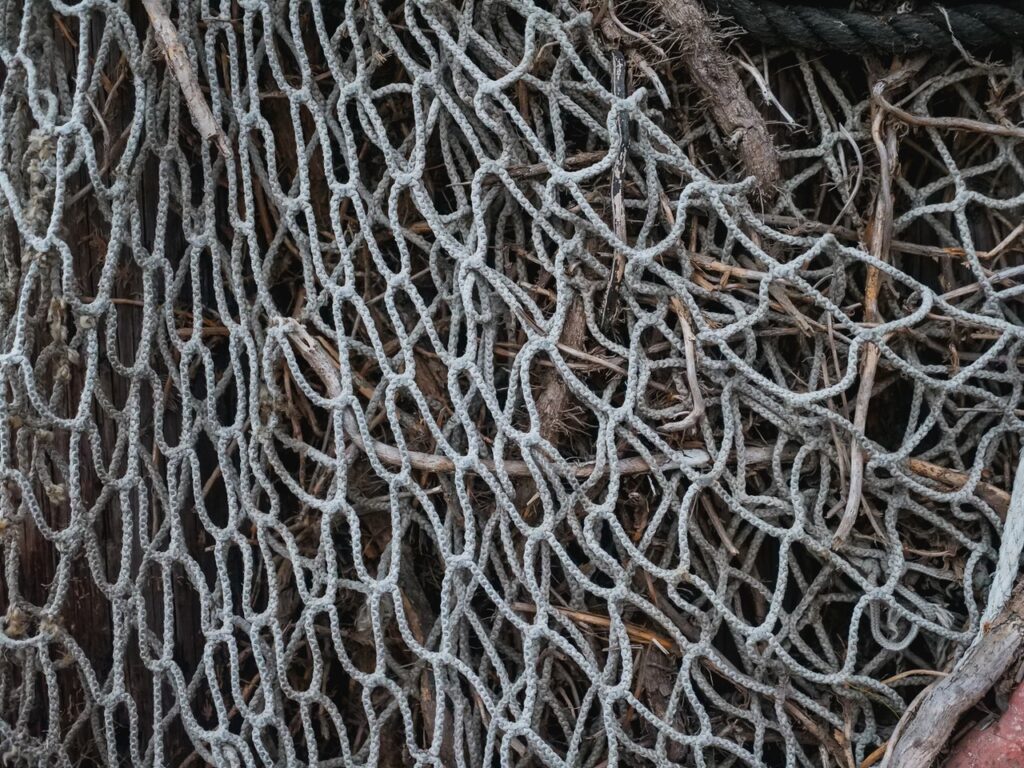 Jesus understood that we human beings learn from our experiences, and His awareness of this principle is evident in His ministry.

Jesus used a variety of teaching methods, many of which have been written about for centuries. (We may think of Jesus and His parables, for instance.)

In fact, I have yet to find anyone who identifies experiential teaching as one of Jesus’ teaching methods even though numerous examples exist. Let’s look at three of them.

He referred to the manna God provided His people every morning in the wilderness (v. 49) and contrasted it to the everlasting spiritual sustenance found in Him and in the giving of His flesh (v. 51).

This powerful passage of Scripture follows shortly after Jesus fed the 5,000. Those men, women, and children had shared a large-group experiential activity. Now, when Jesus spoke of Himself as the Bread of Life, they readily remembered the taste and experience of that amazing day.

The Lord engaged the audience cognitively after having engaged their senses of taste, touch, and smell with a meal of fish and bread.

Jesus wanted His Jewish audience to learn from that miraculous experience that He is their ultimate Provider and that material sustenance is far less important than spiritual nourishment. Jesus provided both.

Luke 5 tells of Jesus calling Peter to become His disciple, to follow Him, to leave behind his fishing business and become a “fisher of people” (vv. 4-11).

In this passage Jesus spoke a prophetic word to Peter regarding his change of vocation. If Peter accepted Jesus’ call, he would give up everything he knew in order to be one of the Master’s disciples. Immediately before He verbalized this invitation, though, Jesus provided Peter with a dramatic experiential activity.

Jesus the carpenter told Peter the fisherman to throw out his nets. Having caught nothing all night when fish usually bite (vv. 4-5), Peter thought the suggestion foolish—but he did what Jesus said anyway. He soon saw that the nets were filling, and when Peter and his buddies hauled in the nets, the load of fish was so heavy that it nearly sank two boats (v. 7).

Jesus Washes the Feet of His Disciples

Closer to the cataclysmic events at Calvary, Jesus involved His disciples in an experiential activity that has become a cherished and sacred Christian tradition.

In John 13, Jesus explained the importance of servant leadership. He communicated some simple and profound leadership principles that He had embodied in His own life and ministry.

These three principals have become the standard to which godly Christian leaders aspire even today:

Again, Jesus did not limit His teaching about essential elements of Christian leadership to simply speaking the truth. He communicated those truths after having provided His disciples with an experiential activity they would never forget.

Every Christian knows the story of Jesus taking a towel and a basin of water and, in an act of beautiful humility, washing the feet of His followers (vv. 4-5). This action was so shocking that Peter initially resisted it (v. 8).

Yet since the disciples had just had their Master do the work of a lowly servant and wash their feet, Jesus’ spoken words calling them to do the same must have had a profound impact on them.

I can’t imagine how they must have felt. Just reading this passage of Scripture has had an enormous impact on me and many people I know. 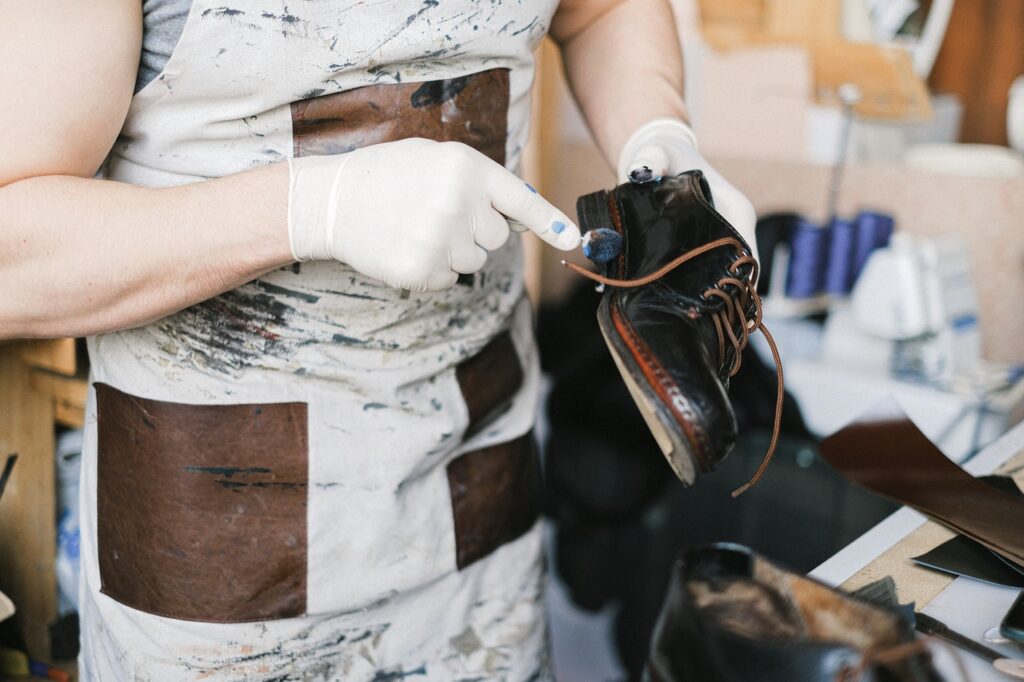 Each event taught the disciples the lesson that Jesus then spoke: His words underscored what each unforgettable experiential activity taught. I have experienced this in my own ministry life.

My colleague Ryan Callaghan was with me when we stepped into the office of the foundation that had generously supported Every Generation Ministries in the past. We were there to provide a ministry update, report on the use of the funds already received, and—we hoped—submit another grant proposal.

I took a deep breath. I was well aware that this organization is one of the largest Christian foundations in the United States that supports huge and well-known ministries.

On my previous visits I’d been intimidated by the toney office décor and my own insecurities. Every Generation Ministries was very, very small, and I knew the vast global reach of the major organizations that the foundation supports. My colleague was as nervous as I was when we sat down at the table with the program officer assigned to work with tiny ministries like ours.

Just as we kicked off our report, the door opened, and in walked the executive director of the foundation. He greeted us warmly and sat down to listen. I was shocked—and stoked!

When we finished our presentation, the two of them had a few questions about the ministry and its finances. The meeting seemed to be going well, but then the executive director asked if Ryan and I could step into his office. The way he said it made me nervous, but we couldn’t really say no.

We walked behind him to his office, and he directed us to two chairs. When we sat down, he took off his suit coat, laid it on the back of the chair, and then knelt on the floor in front of us. He pulled a shoeshine kit from near his desk and began polishing my shoes. To say I was shocked does not begin to express what I was feeling.

As he worked, he explained how important servant leadership is to him. “People who give away money can send the message that they are more important than the people receiving it. We think differently. We think it’s important to send a message that we are all servants of Christ.”

He moved to Ryan’s shoes and continued. “All of us are serving the Lord—we, through our giving, and you, through your equipping of children’s workers who are serving in churches. We are all God’s servants.”

I couldn’t believe what was happening. Then, just when the awkwardness peaked, he said, “When I did this last week with an Indian pastor, I realized too late that he had on sandals and white socks. I’m afraid I may have ruined his socks.”

As we laughed together, he stood up. The awkwardness had passed. He prayed for us and sent us on our way, having blessed us with an incredible lesson about servant leadership. That experience was over fifteen years ago, and I will NEVER forget it!

Sign up to get our new blog posts straight into your email inbox!

You will not be receiving any fund raising appeals at any time and your e-mail information will remain strictly confidential. Welcome to the transformational children’s ministry community and God bless your ministry to His children!