In the latter half of the previous century the government of China enforced a one-child policy.

With the name of the family and the future of the family tied to the firstborn son, families whose firstborn was a girl were incentivized to abandon her and try again for a boy. The impact of this policy on Chinese society has been horrific.

Consider, for instance, this account from a friend who was a container vessel pilot in the Merchant Marine. He remembers arriving at Shanghai’s harbor in the eighties and nineties: bodies of baby girls—too many to count—would be floating in the water. China had adopted a one-child policy, and Chinese families desperately wanted a son to carry on their name, so they… uh… disposed of their daughters.

Recognizing there was money to be made, the Chinese government created an adoption industry so baby girls weren’t killed, but instead sold for adoption in Western countries.

We know many families who have adopted a Chinese child. A girl. Always a girl. As a result of the one-child policy, today millions of Chinese men have no one to marry. This tragic situation can help us understand the significance of a firstborn son.

In an agrarian society like ancient Israel, the importance of the firstborn was a given. After all, the firstborn son carried on the family name, and firstborn male livestock were crucial to the family business.

Born on a farm, I saw this truth firsthand. When the livestock (cow, pigs, sheep, etc.) gave birth to a male, the event was momentous. When that male grew up, it could be bred to twenty females and rapidly increase the farmer’s holdings. No offense to cows, ewes, or sows, but females can only produce one offspring at a time. A male, however, can be used to breed with several females, making him a crucial asset to the farm’s herds and flocks.

God’s statement in Exodus 13:1-2 underscores another reason the firstborn is important:

The Lord spoke to Moses, saying, “Sanctify to Me every firstborn, the first offspring of every womb among the sons of Israel, both of man and beast; it belongs to Me." (Exodus 13:1-2 NASB)

These firstborn are said to belong to God who had spared the firstborn of Israel—both sons and livestock—when He sent the tenth plague that decimated Egypt. To thank God for delivering them from slavery in Egypt, the Israelites dedicated their firstborn to Him.

In Exodus 13:2 (above), sanctify (NASB) or dedicate (NIV) means “consecrating, setting aside for God’s use, or making something holy; setting apart for God”. Every firstborn son was to be dedicated to God, set aside for His use and His purpose. In other words, these firstborn sons are holy and sanctified; they belong to God. They had to be redeemed (Exodus 13:5).

The Israelites’ response to salvation was giving to God, and a major theme of the Passover celebration was thanksgiving for God’s saving act. The sanctification or dedication of the firstborn son was an offering of thanksgiving for salvation. The firstborn male livestock was sacrificed as an offering to God as a way of telling Him thank you—and, yes, it was a costly offering.

I encourage you to look back in this chapter to Psalms 105 and 106. Notice that they touch on the exodus event as well as on the theme of gratitude. Clearly, the Passover celebration and the associated offering of the firstborn helped people both remember God’s saving work and thank Him for it.

Rescued from Our Captor 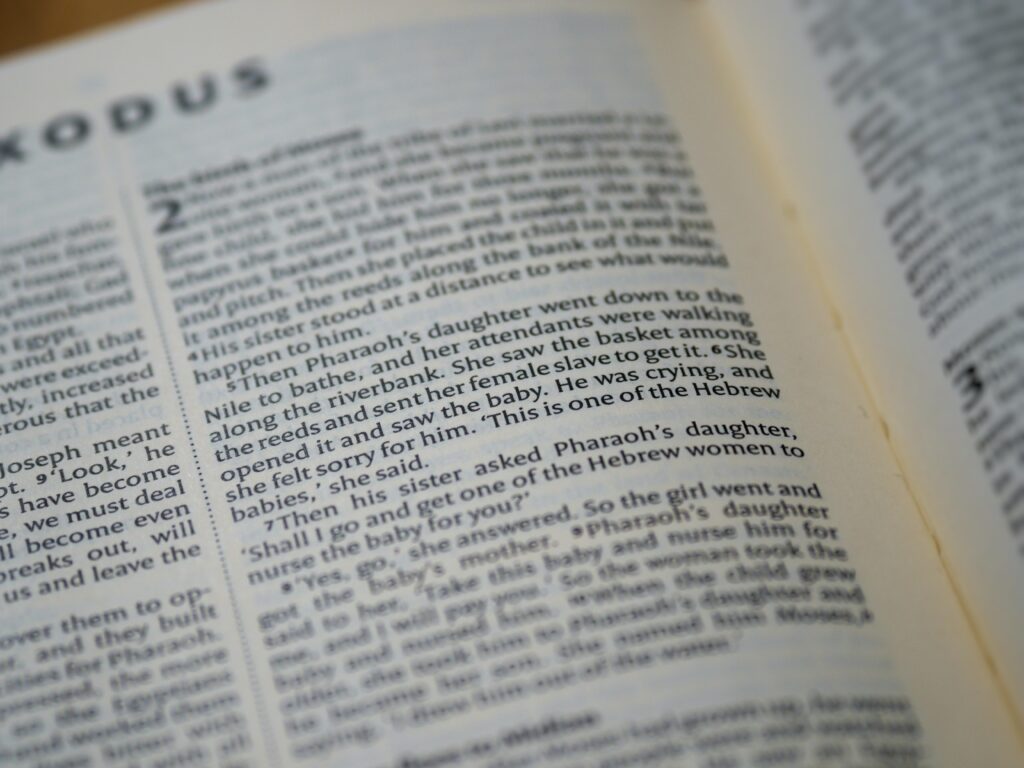 As we start looking at this Old Testament story from a New Testament perspective, you might be surprised to see connections between the ancient Israelite exodus and us today.

Significant parallels exist between the exodus and certain New Testament events, particularly those associated with the dawn of Christianity. The following table lists some of those parallels.

Salvation Then and Now

So why am I talking about the similarities between Israel’s exodus from slavery in Egypt and the exodus from sin and Satan experienced by individuals who put their faith in Christ? Because both then and now, God’s people are to thank Him for His salvation and deliverance.

As we’ve seen, through a series of miraculous events, God saved His people from slavery and gave them a new life in the promised land. God’s desire was that future generations would remember the exodus experience as evidence of His faithfulness and of their special position as His chosen people.

It appears, however, that remembering was not the only goal. Associated with the remembering was the call to thankfulness for His delivering the Israelites from slavery.

God commanded the Israelites to show their gratitude to Him by giving Him their firstborn. Their giving to God of their best and most prized was a way to thank Him for the salvation He had given them. His people’s gratitude is important to God, and the Israelites’ giving their first and their best to God expressed that thankfulness.

Later, through the miracle of Jesus’ death and resurrection, God rescued us out of slavery to sin and gave us a new life. Our response is to be heartfelt thanksgiving for our salvation.

One of the important ways we can express our gratitude to God is by giving back to Him material goods we value. If we are indeed thankful for the salvation we have in Jesus Christ, our decision to not give to God creates a conflict in our own heart.

Apples and Oranges, Bananas and Watermelon 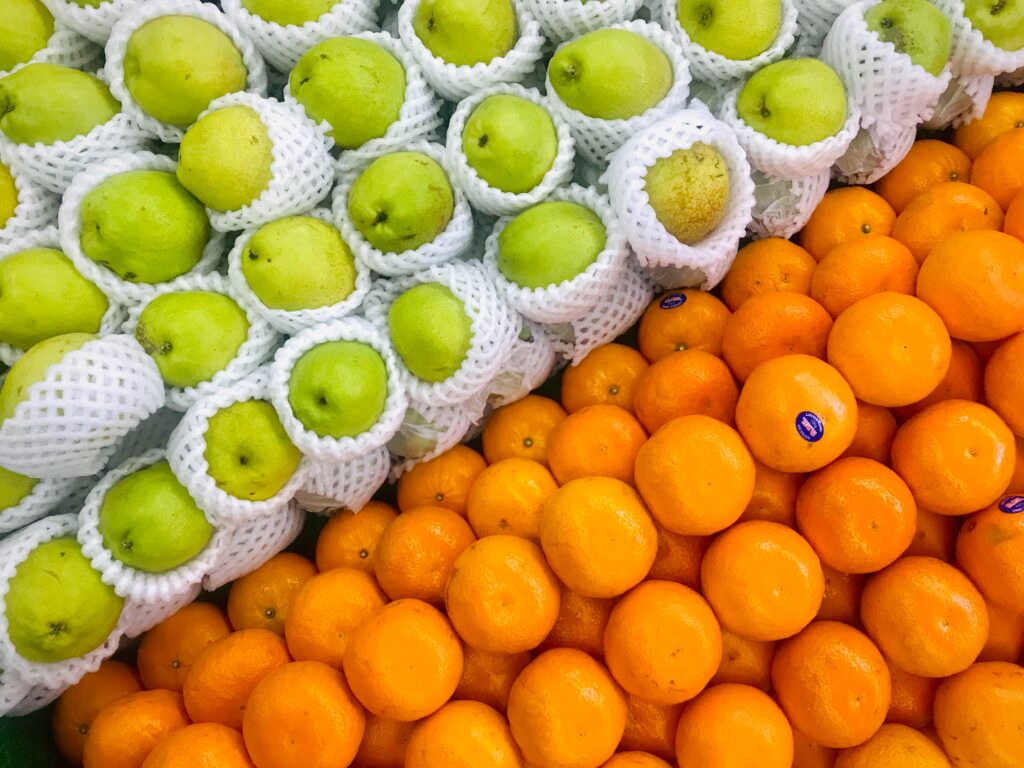 When we lived in Poland, our church decided to send a mission team to Siberia for a month of ministry work. I decided to join them but not for the entire month.

I had about a week to give, and I joined them in Ust-Barguzin on the northeast shore of Lake Baikal. When I left Krakow, Poland, I took a taxi to the train station, a train to Warsaw, a bus to the airport, a plane to Moscow’s Sheremetyevo Airport, a bus to Moscow’s Domodedovo airport, a plane to Irkutsk, Siberia, a taxi to the dock on Lake Baikal, and then a hydrofoil north on the lake.

After thirty hours of traveling with no one who could speak English or Polish, I ended up docking at the end of the hydrofoil line and was told to get off the boat. At least that’s what I thought they said in Russian. Stepping off the boat, I experienced an enormous anxiety attack and thought, I must be out of my mind.

At that very moment Staszek Gluszek, a member of my church in Poland, came around the corner. For a moment I thought my joy and relief must be what it will be like at Christ’s Second Coming.

I served for a week, and it was rough. Unemployment was over 75 percent. The average income for those who were working was less than $50 a month. I stayed with a young couple who had twin girls my daughter’s age.

The village had a community well… but no running water. They had outhouses… and no sewer system. And it was so cold that the lake was frozen solid from October to May. They ran a train across it during those months. The father in the family I lived with worked as a hunting guide five months of the year.

At the end of my time there, I wanted to say thanks to this family, so I snuck off to the local store. Using my personal Polish-Russian-English hybrid language, I managed to buy five each of some bruised bananas, oranges, and apples. I also got a quarter watermelon that would not have made it on the produce shelf of most stores in the States. I returned to the house and announced we were having a fruit festival.

When the twin girls saw the fruit, they ran out to get Dad. It was as if I had bought their family a new car. Mom prepared the fruit, and we sat down to eat. The dad prayed, and then the mom took a bite of an orange slice. She immediately smiled and—at the same time—began to cry. I looked over at the twins, and they were also eating, smiling, and crying.

And, at the end of the table, this burly Russian man had tears in his eyes and an apple slice in his mouth. They were so happy to eat fruit that they were in tears. I’d never seen anything like it. I felt such pity for them.

Suddenly, in that exact moment, I sensed the Spirit of God speaking to me so plainly. His voice was so clear in my heart, it was nearly audible: “Don’t feel sorry for them. Feel sorry for yourself and your friends. They have something you don’t have. They have thankfulness.” 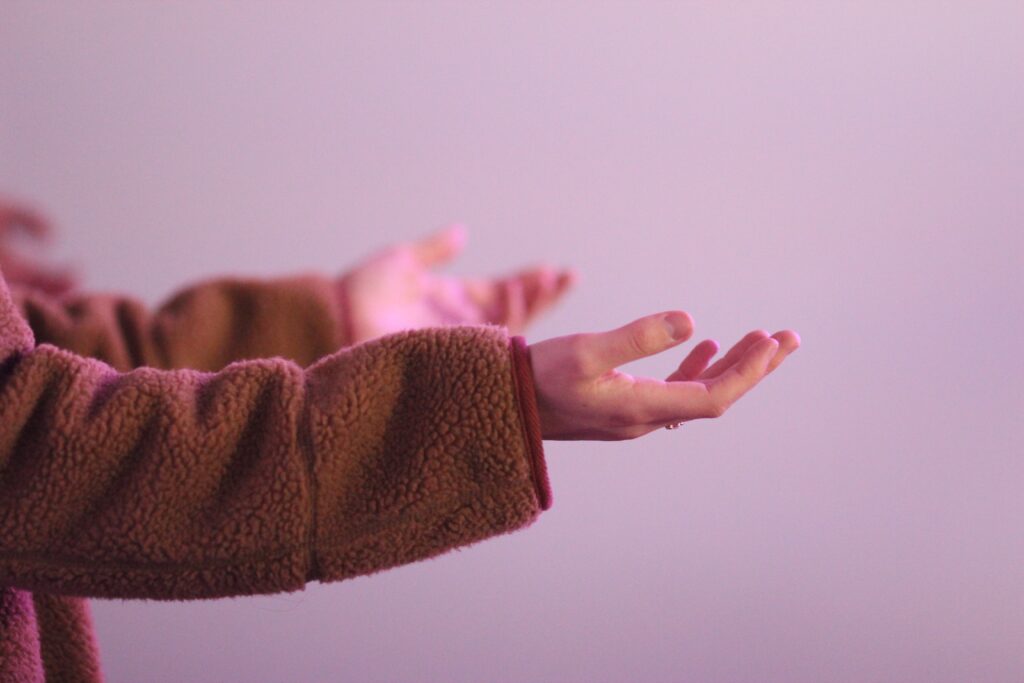 I left the next morning, and on the long trek home, I had the chance to ponder those words from the Lord.

We don’t cry tears of joy over bananas and oranges because we take them for granted. We are not thankful for the familiar; instead, we take it all for granted. I don’t wake up every morning moved to tears that I can see, have ten fingers, and live in a nice place. I take for granted those things and countless others: they are so familiar to me that I lose my sense of thankfulness.

In fact, for those who have followed Christ for years, He becomes familiar, and we can even take Him for granted. When that happens, we may lose our sense of gratitude. Giving to God and His work is a way to express our thankfulness for all He has done for us, especially our salvation in Christ Jesus.

When the offering plate goes by on Sunday, may our gift be an expression of our gratitude to God. Similarly, may our online gift communicate to God our thankfulness for the new life He has given us in Christ Jesus.

Ideally, a gift to the building program is another expression of our thanks to God. Pastors and Christian leaders do well when they routinely remind Christians that giving our tithes and offerings is one way we express our gratitude to God for rescuing us from spiritual slavery. This biblical perspective on giving defines the road less traveled.

How do you thank the One who saved your life for eternity? God has answered that question for us. Our giving to God is telling Him, “Thank You.”

The Road Well Traveled: Teach Christians to give in support of their church and God’s work around the world. We can invest in God’s kingdom work and see a great spiritual return on the investment.

The Road Less Traveled: Help people understand that, through their material gifts, they are saying, “Thank You!” to God for the new life He has given us.