Tithing on the Tithe (Numbers 18)

God gave me the opportunity to teach this road-less-traveled material to a group of more than fifty Christian leaders in India.

At the end of one session, we broke into small groups for discussion, and I meandered around the room to listen, coach, and facilitate meaningful conversations. It was an interdenominational group of leaders.

Many were from traditional churches and others from independent congregations. Some were from large cities, and others, from village settings. Some were older, and some, younger. Some of the pastors and leaders were men, and others, women. I walked up to one group that was discussing the importance of leaders setting an example of giving for those they lead.

At that moment someone in the group went rogue and boldly asked how many of the leaders sitting in the group actually tithed. Awkward! After a lot of hemming and hawing and seat-shuffling, one pastor said, “I tithe my time.”

I’d definitely heard that before! In fact, I heard that on the staff of both the churches I’d served at in the United States. The logic went something like this: Pastors don’t make a lot of money, and they can have a hard time making it financially considering their low income. Furthermore, pastors must work a lot of hours and be away from their families.

Therefore, a pastor can consider the extra time they serve as their tithe. Thus, the phrase I tithe my time. Now, halfway around the world, I discovered that this rationale is not isolated to the United States. I awaited the group’s response.

A woman leader spoke first—and last. No one said a word after she calmly pointed out, “Unfortunately, Jesus didn’t say where your time is, there your heart will be also.” Crickets.

Depending on God to Provide 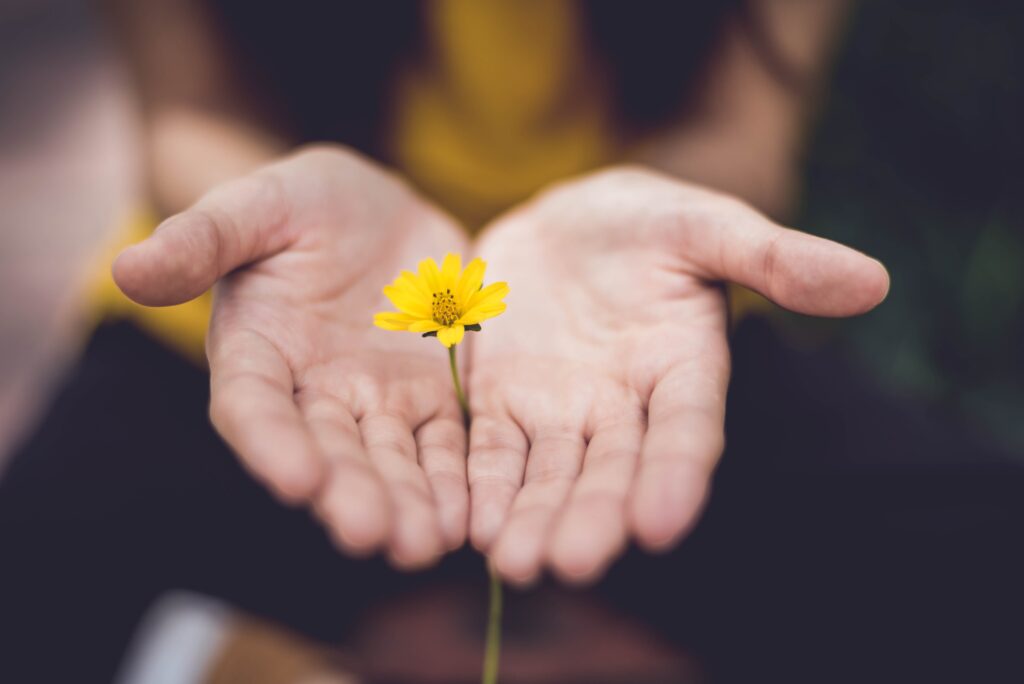 Identifying the Loch Ness monster is easier than finding out how common tithing is among pastors. I suspect, however, that the time-tithing pastor who spoke up at that conference in India is not alone.

As one colleague noted, “It doesn’t make much sense to give to your church when you’re paid from their giving.” This very issue is addressed in Numbers 18:8-32. (We survived the passage in Leviticus. Hope you’re excited about diving into Numbers!)

Beginning in Numbers 18:8, we read about the offerings that were to be given to the Lord and used to provide for the Levites.

The Lord spoke to Aaron, "Now behold, I Myself have given you charge of My offerings, even all the holy gifts of the sons of Israel, I have given them to you as a portion, and to your sons as a perpetual allotment.” (Numbers 18:8 NASB)

Unlike other Middle Eastern religions, the priestly class was not allowed to own land (v. 20) but would instead be provided for by the offerings of the Israelites.

In other Middle Eastern religions, the priests were a wealthy class. Recipients of the offerings given in various religious ceremonies, they were able to secure land for themselves.

We see this illustrated during the great famine in Egypt during Joseph’s lifetime. The famine was so bad that people went before Joseph to exchange, first, their livestock for food. Then they exchanged their land for food, and finally they sold themselves into slavery to Pharaoh. Everyone did this except those in the priestly class.

We read, Only the land of the priests [Joseph] did not buy, for the priests had an allotment from Pharaoh, and they lived off the allotment which Pharaoh gave them. Therefore, they did not sell their land (Genesis 47:22 NASB).

Across the cultures of the day, the priestly class usually received offerings and gifts from the public worship. Priests, however, eventually owned land, developed their own economic activities, enjoyed their prosperity, and, in some cases, became a wealthy class of people. (I’m reminded of some of the television evangelists and preachers of our day….)

In contrast to that common practice, the Levites were to be completely dependent on the Lord for provision. The people gave their offerings to the Lord (Numbers 18:11, 13, 14, 15, 18, 19, 21, 24), and then God gave a portion to the Levites. In addition, the Lord told the Levites that He will give them no inheritance, but that He Himself will be their share.

The Lord said to Aaron, "You shall have no inheritance in their land, nor own any portion among them; I am your portion and your inheritance among the sons of Israel.” (Numbers 18:20 NASB)

Clearly, God wanted the Levites to live in total dependence on Him for everything they needed—and He wants that from all His people.

God, however, established a unique relationship with the Levites. To state it simply, God’s people enjoyed the fruits of their labor as God intended and orchestrated.

The Levites, however, were to live on the fruits of other people’s labor. The Levites were relying completely on God to provide for them. They trusted God to work in the hearts of their fellow Israelites and then supply what they needed from the generous amount God’s people gave.

The people, however, weren’t giving to the Levites, but rather to God Himself as an act of worship. The offerings mentioned in the passage (wave, firstfruits, first born of livestock, and tithes) were to be used to meet the needs of the Levites. After all, they would not own land (v. 20), so they would have no inheritance (vv. 21, 23).

They would rely solely on God and the worship of God’s people, the act of worship that is the giving of offerings and tithes to God.

Relying on God’s Provision Through His People 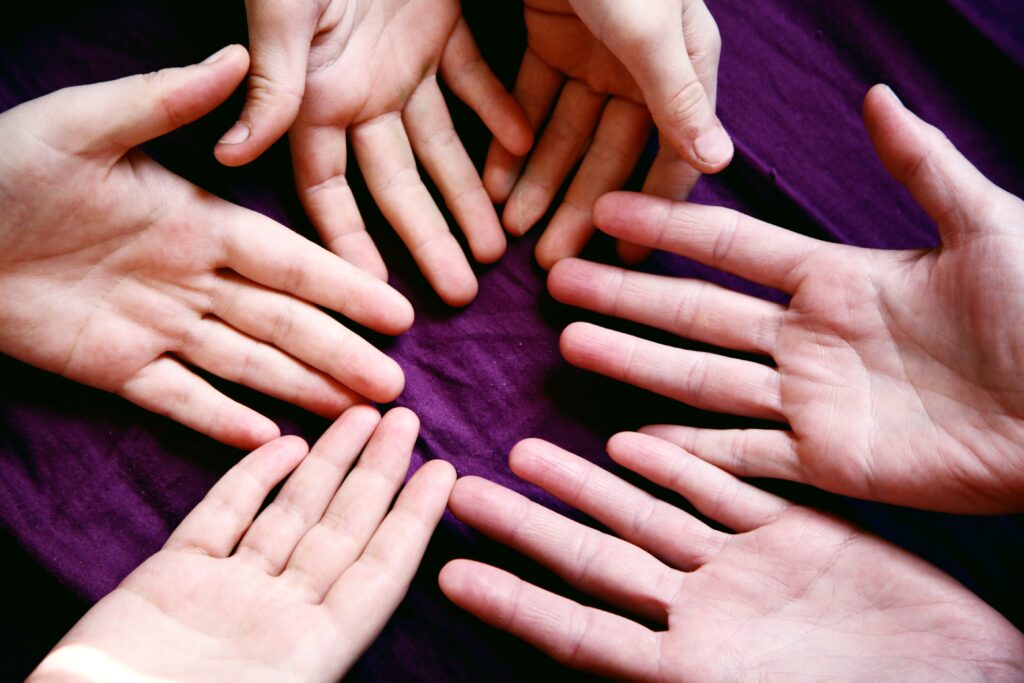 In 1995, the ministry work in Poland was up and running. We had interdenominational training/development programs for children’s workers in numerous churches across the country.

We had created some Bible teaching resources in Polish, and the ministry was going well. So I brought a young man on to our team to work on the distribution of the Bible teaching materials. I worked with him to structure his compensation so that he got paid based on a commission.

Several months after he started, the Polish board of directors governing the work and overseeing me met for their regular meeting. Early into the meeting they asked me if it was true that we were paying a staff member based on commission. I said yes, adding that the arrangement was working well. Well, the board of directors was not good with this plan. In fact, the members made it very clear: they did not like that idea even a little bit.

At one point they asked me if I was planning to pay bonuses or commissions to the staff members who were leading the training/development programs. They also asked if I was planning to give bonuses to the Polish staff member responsible for teacher training based on the number of teachers who attend. Whoops! I saw immediately the error of my ways.

The Polish board had set me straight. All members of our team were to rely on the gracious and sacrificial giving of God’s people, many of whom lived in Poland. Receiving donations for Bible teaching resources was very different from getting a commission for sales. Just as the Levites did, we are to rely on God’s provision through the giving of His people.

Addressing this exact issue is Numbers 18:25-32, a thorny and often uncomfortable passage for some pastors and Christian leaders. Whenever they read these verses, they are quick to point out the difference between the Old Testament law and the New Covenant—and most of them hope that what was good then does not apply today.

In this passage God told Moses what to instruct the Levites about their own giving, and God spoke in very clear terms. Yes, the Levites receive their income from the tithes and offerings of God's people, and they are to tithe 10 percent of that income to Aaron (v. 28).

Clearly, God expected the Levites to tithe even though their only source of income was the people’s offerings and tithes. Furthermore, the Levites were to make their tithe from all the best… the sacred part of all they had received.

It wasn’t simply a matter of tithing; God commanded these priests to be gracious when they tithed:

“So you shall also present an offering to the Lord from your tithes, which you receive from the sons of Israel; and from it you shall give the Lord 's offering to Aaron the priest. Out of all your gifts you shall present every offering due to the Lord, from all the best of them, the sacred part from them.” (Numbers 18:28-29 NASB)

This command should not be a surprise. Since one way the Israelites worshipped God was through their giving, God would of course command the Levities to participate in that act of worship as well. In fact, as the priestly class, the Levites were called to lead the people into worship.

Also, since the tithe was the cultural tradition of giving 10 percent to the owner, the Levites’ tithe on the tithe reminded them that God owned the Levites’ income and, in fact, their lives. Finally, at the end of the passage we note the rather ominous warning to the Levites:

“‘You will bear no sin by reason of it when you have offered the best of it. But you shall not profane the sacred gifts of the sons of Israel, or you will die.’” (Numbers 18:32 NASB)

There’s no question: God considers this matter of tithing essential. The Levites were to be the spiritual leaders of God’s people, and their commitment to living out a life of sacrificial giving was crucial to the spiritual health of the community.

This has not changed. God is looking for Pastors, Christian leaders and missionaries all of whose are supported by the financial gifts of God’s people to be sacrifice givers themselves. They are to be the leaders in worship, setting the example for others. I have heard many people utter the phrase “give of your time and treasure."

But Numbers 18 and Jesus Himself, make it clear that where your treasure lies is where your heart is. As leaders give from their material support and “tithe on the tithe” they can be assured of God’s blessing on their ministry.